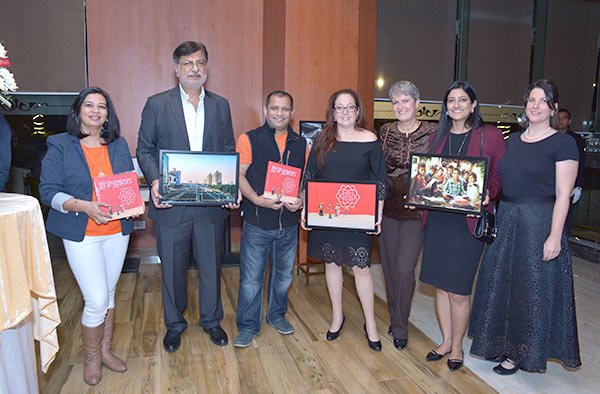 Newly Released Photobook represents Gurgaon as a unique and beautiful city Glimpses of Gurgaon, a photobook representing India’s Millennial City, was officially released on the 8th of December at Golden Tulip Suites Gurgaon. Interem Relocations was one of the sponsor the book and launch. H.E. Daniel Carmon, Ambassador of Israel, was the guest of honor. Based on similar photobooks of cities and countries around the world, Glimpses of Gurgaon provides a particular view of Gurgaon or Gurugram, as it is now officially known. This compilation of images, all taken within the borders of the city, highlights Gurgaon as a new or modern India with images of skyscrapers, the metro, beautiful condominiums, and modern roads. Simultaneously, the book includes images that reflect typical Indian village life. It is the juxtaposition of these contrasting photos that conveys how both the old and new co-exist, nearly harmoniously, in Gurgaon. This project, with all proceeds being given to several local NGOs, was spearheaded by Gurgaon-based photographer and Israeli citizen Maayan Gutgold, who has lived in the NCR for the past ten years. She worked with a team of women, mostly expatriates from diverse countries. Interem Relocations is proud that Ms. Peggy Bhohi (who heads our Expat Relocation Division), was one of the most active participants in the compilation and launch.